The Growing Case for Geographical Indications? 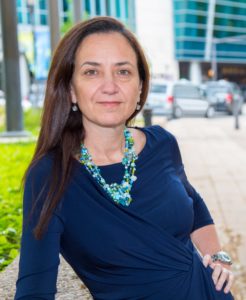 Daniel Gervais’s recent article in the Houston Law Review examines the revision of the 1958 Lisbon Agreement for the Protection of Appellations of Origin and their International Registration (Lisbon Agreement) that took place at a Diplomatic Conference held in Geneva under the auspices of the World Intellectual Property Organization (WIPO) in May 2015. The Geneva Act of the Lisbon Agreement on Appellation of Origin and Geographical Indications (Geneva Act) was finalized and opened for signatures in May 2015. As it is reflected in its title, the adoption of the Geneva Act of the Lisbon Agreement had extended the scope of protection—previously limited to appellations of origin (AO) in the Lisbon Agreement—to include also geographical indications (GIs), which are defined along the lines of the definition of GIs in the 1994 Agreement on Trade-Related Aspects of Intellectual Property Rights (TRIPS).

I enjoyed reading this article, which certainly represents one of the most comprehensive reviews of the May 2015 Diplomatic Conference and the language of the Geneva Act of the Lisbon Agreement written to date by one of the most distinguished experts in the field. Most significantly for scholars and those interested in the topic, Professor Gervais offers a candid review of the background leading to and the meetings that took place at the Diplomatic Conference in Geneva. In this respect, the core message of the article is that WIPO Member States—in particular common law countries on one side and civil law countries on the other side—may have missed an important opportunity to find a much needed compromise on the issue, and finally reconcile the differences on the normative basis for the protection of GIs, including the protection of AOs for the countries members of the 1958 Lisbon Agreement, that have historically characterized the debate in this area.

Instead, TRIPS had a large membership base. Accordingly, following the adoption of TRIPS, all countries members of the World Trade Organization (WTO) had to implement a minimum standard of GI protection in their national systems. Notably, all WTO Member States are obliged to provide a floor of protection against the misleading uses of all GIs, and enhanced protection for GIs for wines and spirits. TRIPS additionally introduced a built-in agenda for Members to negotiate additional GI protection, namely an extension of enhanced GI protection beyond wines and spirits (an extension strongly favoured by developing countries) and the creation of an international registry for GIs. However, two decades after the adoption of TRIPS and despite repeated attempts, WTO Member States have not succeeded in finding an agreement on any of these issues. More explicitly, multilateral negotiations on GI protection have collapsed and no hope of agreement or reconciliation seems possible, at this time, within the framework of TRIPS.

Because of this impasse at the multilateral level, countries with GI-intensive industries, primarily the European Union (EU), have turned to international free trade agreements (FTAs) to promote the protection of their GIs in other countries. In this context, the EU has obtained important concessions, including “clawing back” several terms that are protected as GIs in the EU. The U.S. and other countries from the “GI skeptics camp” have tried to oppose the EU’s strategy in parallel trade negotiations. For example, several provisions address the relationship between trademarks and GIs in the Trans-Pacific Partnership (TPP). However, it still remains unclear how countries that have negotiated separate FTAs with the EU and the U.S. (for example South Korea), or that have concluded a FTA with the EU while also being members to the TPP, will reconcile, in practice, the commitments to which they have agreed to in these FTAs. Today, the EU and the U.S. are also negotiating the Transatlantic Trade and Investment Partnership (TTIP). So far, GI protection is proving one of the most difficult topics in the TTIP.

Again, as Professor Gervais points out, the Diplomatic Conference held in Geneva to revise the Lisbon Agreement could have become that much needed forum to restart multilateral negotiations on GIs. Instead, the final text of the Geneva Act missed the opportunity to bridge the existing gaps between the Lisbon system and the common law. As Professor Gervais recounts, there are several historical differences between civil law and common law countries’ approach to GI protection. Notably, many common law jurisdictions use trademarks, collective marks, and certification marks, to protect geographic symbols and names, whereas civil law countries tend to use sui generis rights, following the system established first in France, and then in the European Union (EU). This trademark system for GI protection has a number of normative and administrative implications, including with respect to the requirement of use of a GI, the loss or diminution of right due to acquiescence and abandonment of a GI, and the possibility that the GI becomes generic. Another important difference is related to the renewal of registration and the payment of maintenance fees. Hence, nothing in the Geneva Act of the Lisbon Agreements addresses these issues.

Still, Professor Gervais concludes by stating that, despite the many difference between the common law and civil law on the topic, the United States (U.S.) and other common law countries may ultimately capitulate and join the Lisbon system as revised in Geneva, primarily because of international trade pressures. This was the case, for example, with the Berne Convention for the Protection of Literary and Artistic Works (Berne Convention). After a century of opposition, the U.S. and other common law countries joined the Berne Convention. Perhaps, the same may happen with the Lisbon Agreement (in less than a century). Notably, the U.S. and the rest of the common law may join the Geneva Act because of additional concessions from the EU with respect to relevant national trade interests for the US.

Certainly, I agree that civil law and common law countries could have worked harder at finding a compromise, especially with respect to the administrative procedures, the requirement of use, and the issue of genericness. Still, in my opinion, it should not be forgotten that the U.S. also provide a sui generis-like type of protection to U. S. appellations for wine. This protection is remarkably similar to a civil law country, and is granted at the federal level by the Treasury Department’s Alcohol and Tobacco Tax and Trade Bureau (TTB). To date, the TTB has approved over 130 viticultural areas in thirty-two states. A similar protection is administered at the state level and several states have adopted ad hoc regulations on the use of geographic names for wines state-wide. Besides the U.S., other common law countries, like Australia for example, protect as appellations for wine with sui generis protection. Accordingly, I would support that civil law and common law countries do seem to be able to reconcile their views on the topic when their respective national interests on the protection of GIs align, as in the case of GIs (including appellations) for wine. In contrast, common law and civil law countries’ views on the topic seem to sharply diverge when their respective national interests do not align—like currently it is the case with respect to names for cheese or cured meat products in the TTIP negotiations and other FTA negotiations.

Finally, perhaps the result of people travelling more, cooking and travel shows, and better access to information, I would like to note that a more “GI-friendly” mentalite is also gaining ground across the U.S. and other common law countries “from within.” The rise of “heathier food” chains such as Whole Food and Trader Joe’s, the growing prominence of “fair trade” and “slow food” movements, and even the renewed attention to buy and consume local products, including visiting and shopping at local farmers’ markets and selecting restaurants guaranteeing that their products are local “from the farm to the table,” are just some examples of this trend. In todays’ globalized economy, consumers are rediscovering the importance of “locality” and “local products.” Consumers also expect more accurate information about the quality and origin, including geographical origin, of the products that they purchase. Recent scandals—for example with respect to “parmesan”-based products produced in the U.S., which had almost no trace of parmesan cheese at all—have highlighted the increasing need for producers’ accountability and the ability of consumers to avoid contaminated, unsafe, or simply below standard products. As a result, GIs have become a more relevant tool also in the U.S. and other common law countries to indicate and guarantee “locality,” that is, local origin to local consumers.

In conclusion, Professor Gervais’s article tackles a crucial topic at a central time and represents an important contribution for future research in this growing field. Scholars from both common law and civil law countries should continue to weigh into this discussion, and they will certainly refer to Professor Gervais’s article as a foundational reading for further research.