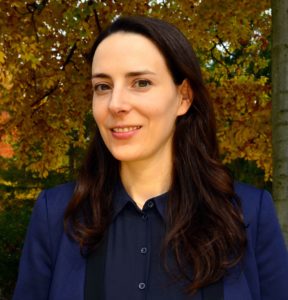 In her splendid article, The Gentle Cannibal: The Rise and Fall of Lawful Milk, SOAS, University of London Lecturer in Law Yoriko Otomo tackles the fascinating subject of state control over milk production in three jurisdictions—France, England, and India—which all embraced milk at some point in their history as an essential food to support their nation, both nutritionally and economically. She shows that in these countries, law shaped and promoted the commercialization of cow’s milk, shifting the locus of milk production from the domestic sphere to the industrial and negatively impacting rates of breastfeeding.

Why analyze a substance as seemingly local as milk from a comparative legal perspective? Otomo argues that “milk feeding — through the control of both the ‘flow’ of breastmilk and of cow’s milk — undertakes the juridical work of drawing consumers into a regulatory and ideological system, making them lawful subjects.” In other words, milk production and regulation have historically been intertwined with the development of the law and political economy of the modern nation state. Otomo’s three cases in point are: the nineteenth century French regulation of the wet nursing profession, which brought the state into the domestic sphere; the rise and fall of the English Milk Marketing Boards in the twentieth century, which ensured standardized milk prices and increased dairy consumption across the United Kingdom; and postcolonial India’s “White Revolution” in the 1970-90s, which transformed India into the world’s largest milk producer.

Otomo’s article offers at least two significant insights to legal scholarship. First, it helps to break the scholarly and legal divide between human breast milk and cow’s milk. The literature too often treats the two liquids—and their female producers—“as having nothing to do with one another.” This separation is reflected in the law, with regulations of animal milk typically divorced from regulations of human milk. In the United States, for example, cow’s milk is one of the most regulated food products, yet there are no laws on the books governing human milk. Despite the growing American practice of donating or selling breast milk online or of making it available through milk banks or milk depots, neither the American Association of Tissue Banks nor the Food and Drug Administration classify breast milk as a tissue or a food. In fact, they do not classify it as anything.

Second, by integrating comparative legal studies into broader understandings of the law from feminist and critical animal studies’ perspectives, Otomo’s article is tangible evidence of the strength of comparative and international scholarship, which is invigorated by cross-fertilization with new theoretical frameworks and methodologies. In the 1970s, microhistory revolutionized the study and writing of history by focusing on the lives and activities of specific persons or groups. By concentrating on a particular object of lawmaking, milk, Otomo forces us to re-think comparative law beyond the conventional tropes of similarities-differences, convergence, transplantation, and functionalism. Reliance on feminist scholarship and critical animal studies allows her to challenge the social and legal constructions of sameness and difference—of human versus animal milk in one legal system and another, of regulation of a discrete area of the law (such as child rearing or food) versus a state’s more general nation building project, of domesticity versus industrialization and colonization, and of the “West” versus the “Rest.”

Otomo concludes that milk is a “deeply political” issue, characterizing her project as describing how “the production and consumption of our most valuable liquid commodity has been shaped to serve the state.” More broadly, thinking about dairy legislation should be of particular interest to lawyers and legal scholars considering milk’s role in shaping the law in multiple areas, including constitutional law, contracts, family law, taxation, equality law, and international law. To give just a few examples, in the United States, some of the most famous cases and legal controversies of the last century originated in disputes concerning milk regulation—for instance the iconic constitutional cases, Carolene Products and Nebbia, which were instrumental in defining the respective powers of the federal and the state governments. Similarly, European Union law was durably influenced by the so-called 1964 “Dairy Products” case, Commission v. Luxembourg and Belgium, which reinforced the foundational doctrines of direct effect and supremacy of European law.

In sum, milk is everywhere, especially in the law, and The Gentle Cannibal: The Rise and Fall of Lawful Milk helps us see it, encouraging us to question its ubiquity. As a result of reading Otomo’s article and getting to know her through it, she and I will pursue milk studies together in a co-edited volume tentatively titled Making Milk: The Past, Present and Future of Our Primary Food.