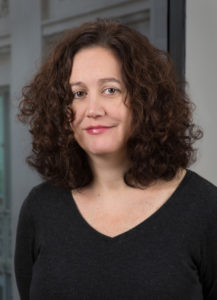 Scholars of comparative constitutional law and animal law alike have recently recognized what has been called comparative constitutional animal protection. One country with a strong constitutional commitment is India, as exemplified by Art. 51A (“It shall be the duty of every citizen of India—(g) to protect and improve the natural environment including forests, lakes, rivers and wild life, and to have compassion for living creatures …”) and Art. 48 (“The State shall endeavour to organise agriculture and animal husbandry on modern and scientific lines and shall, in particular, take steps for preserving and improving the breeds, and prohibiting the slaughter, of cows and calves and other milch and draught cattle”).

And yet, paradoxically, this is not all good news for the animals. And not all good news for India’s human citizens, either. The politics of cow protection in India, and in particular the prohibition on the slaughter of cows that exists in most of the Indian states, are complex, and anyone seeking to understand the place of cows in Indian society will not find any easy answers. And yet for years, I have been looking, unsuccessfully, for a publication that examines the cow slaughter ban from all angles and brings out the many complexities that I knew must be lurking under the surface of the constitutional language. That is, looking unsuccessfully until now. Yamini Narayanan’s article, Cow Protection as ‘Casteised Speciesism’: Sacralisation, Commercialisation and Politicisation, does everything that I had hoped I might find and much more—it is brilliant, beautifully written, and essential reading for anyone interested in animal law, animal rights, the regulation of milk, India’s caste system, cow protection, the Hindu religion, and speciesism generally—well as comparative analyses of all of these areas.

Narayanan introduces an important concept in the title: “casteised speciesism” and argues that cow protection reinforces these “two compatible and comparable oppressions.” Dalit and Muslim groups, whose livelihoods depend on beef and tanning industries, regard prohibitions on cow slaughter to be a direct attack on themselves and their communities. All milk-producing and draught cattle should be included, constitutionally, but Narayanan shows that “cow protectionism operates in distinct ways for the three categories of bovines in India: the native Indian-bred bovines, the crossbred/Jersey bovines (bred prolifically as a result of India’s widespread artificial insemination programme to increase milk production) and the buffalo.” The treatment of these three types of bovines maps onto and reinforces caste categories. Buffalos are black-skinned and are considered low caste. The crossbred/Jersey cows are considered half- or mixed-caste. The native Indian breeds are considered “pure,” corresponding to the highest castes for humans.

Further, the ban is only on the slaughter of the animals, nothing more than that. This seems to suggest that the only harm to these animals is the slaughter itself, and not the fact that they are used as dairy animals with all of the harm that such a function entails. For cows to continue to produce milk, they must be inseminated repeatedly, and male calves and bulls are immediately culled. When female cows can no longer produce milk, they too are culled. In actuality, they are killed, in underground slaughterhouses throughout the country.

Gaushalas, or cow sanctuaries, do not accept all bovines, instead adopting the same caste system. Narayanan does field work with gaushalas, and notes that at the gaushala owned by the Hindu nationalist party, they only accept native breeds of “white bovines.”

Narayan ends with a call for a reframing of Indian animal rights advocacy, calling upon it to reflect upon the “sectarianism, casteism and speciesism inherent in cow protection.” (P. 349.) She concludes with the powerful warning: “No animal protectionism can endure without an ongoing interrogation of the political economies of current animal and energy-intensive food production systems that are responsible for violence against humans, animals and the environment.” (P. 351.)