Disease, Distribution and Race in the Time of Covid-19 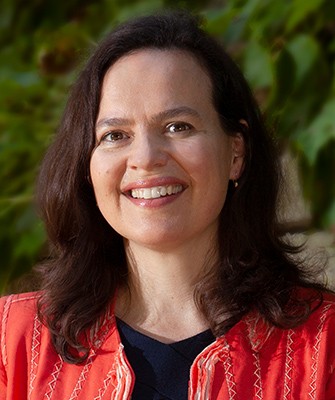 The Covid-19 pandemic has impacted all of us, but not all of us equally. Far from acting as the great leveller, the disease that itself does not discriminate has revealed and exacerbated startling health disparities across the United States and globally. The early disaggregation of data indicated that Covid-19 mortality rates were more than double in Black populations than in White populations in the U.S., and were one and a half times as high, nationwide, in Latinx, and Indigenous populations. Infection rates, by population group, were also higher. The disparities of the global spread added further complexities. Now, as the Covid-19 vaccine has been developed in record speed, the challenge of distribution must incorporate facts about public health disparities alongside questions of prioritization. Two big questions loom: how much do our concepts of distributive justice and global justice incorporate racial justice? And how much should they?

Matiangai Sirleaf has given us a vocabulary, and a theoretical framework, to grapple with these issues. In her forthcoming article, Racial Valuation of Disease, she examines both the hierarchical valuation of racial groups in the context of disease, and the distributional consequences of that valuation. In developing the concept of racial valuation, she borrows from frameworks developed within critical race theory (CRT) and Third World Approaches to International Law (TWAIL), such as racial capitalism, intersectionality, “whiteness as property”, “interest convergence”, racial stratification, neocolonialism, and racial empathy gaps. These concepts, pioneered by Cedric Robinson, Kimberlé Crenshaw, Cheryl Harris, Derrick Bell, Robert E. Washington, amongst others, point out how past acts of violence, such as slavery, colonialism, and Jim Crow, continue to manifest in facially neutral policies and apparently color-blind laws. A powerful inverse of the moral valuation demanded by the Black Lives Matter movement, the racial valuation of disease provides a background to Covid-19 that demands a close reading – and that should help to provoke an array of structural, institutional and intellectual responses.

A scholar of global health and international law, whose past work sought to deepen our understanding of state responsibility and epidemics like Ebola and cholera, Sirleaf here delves into present and past incidents of structural, scientific and medical racism, to explore the unequal impact of disease. Structurally, she notes the institutions, policies, and practices that account for the inequalities between and among racial groups, including geographical segregation – de facto not de jure, as we know, but what’s that to a pathogen? – alongside racial, gendered, and socioeconomic trends in high housing density, food insecurity, inadequate schools, inaccessible, inadequate or biased clinical care, public transportation reliance, high crime rates, and employment stressors like hazardous jobs (including essential work), an absence of sick leave or adequate health insurance, or unemployment. These known social determinants of health – the conditions in which people “live, learn, work and play” as the Centers for Disease Control and Prevention puts it – affect health risks and outcomes. And these determinants are shaped, as the World Health Organization has described, by the distribution of money, power and resources, across local, national and global contexts.

Sirleaf brings these structural causes – familiar to the public health literature and the field of health and human rights – in direct interplay with historical examples of scientific and medical racism. Sirleaf thus presents her readers with some awful truths about the overt medical racism that was popularized during spreads of leprosy, syphilis, smallpox, HIV/AIDS, and other diseases. While she notes that the worst excesses of such racism have been safely discredited – from eugenics, phrenology and other pseudoscience – she warns of its current return, through race-specific patents in pharmacogenomics, for example, or the rise of personalized medicine. Indeed, Sirleaf notes that the pathologization of Black or Brown “culture” with disease prevalence has resurfaced during Covid-19.

Tracking the distribution of disease by racial group is of course essential. But that distribution creates its own distributive effect, which Sirleaf’s article also addresses. She warns that the coding of Covid-19 as Black and Brown may limit the prospect of an empathetic, collective, corrective response, and may explain the otherwise baffling use of “white supremacy” paraphernalia – swastikas, Confederate flags, and nooses – in the anti-lockdown protests that have challenged Covid-19 mitigation responses. Moreover, Sirleaf’s structural framework helps to explain why the US Surgeon General acknowledgement of Covid-19’s disparate impact by race, when accompanied by an apparently benign request for communities of color to “step up and help stop the spread” of the pandemic is, when the far more hazardous structural causes are known but unaddressed, both affronting to such communities and ineffectual.

Sirleaf’s use of CRT and TWAIL scholarship help reveal how surface reforms may backfire, and how individualized, personal responses and reckonings to disease may be insufficient. In applying and extending these powerful concepts to the terrible pandemic that is currently resurging within the US, as well as to its spread outside of the country, and to disease burden and mortality gaps more generally, Sirleaf has provided us with a grasp of the problem and a language to address it. This is notable scholarship, not just for its assessment of the scale of the immediate problem, but for the cogent deployment of important strains of both US and international legal scholarship, which were developed within distinctive legal research fields.

When the Black Lives Matter protests ignited the country, it was impossible to ignore that the disease distribution of Covid-19 sat alongside police brutality and mass incarceration as an urgent and shameful racial injustice in the U.S. As the Biden-Harris Transition Team prepares its program for “building back better”, two of its four listed priorities are Covid-19 and racial equity. Sirleaf’s work helps to illustrate how these two priorities are necessarily interwoven, and how deepseated must be the efforts to confront them. Her readers will also learn, too, of the global priorities that must be established as a result.