How to Save Democracy?

Tom Ginsburg and Aziz Z. Huq, How to Save a Constitutional Democracy (2018). 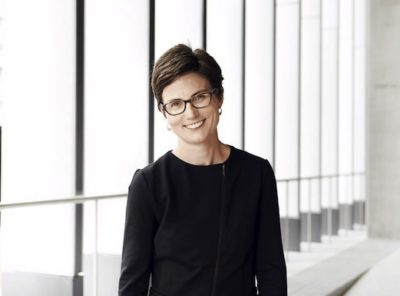 The last year has seen the publication of a range of impressive books on the decline of democracy worldwide.1 One of the absolute best among these is undoubtedly the new book by Aziz Huq and Tom Ginsburg, How to Save a Constitutional Democracy.

The book has four key strengths, some common to other books in this genre – but which few others can claim to have in as full a measure.

First, the book offers an extremely careful and thoughtful set of definitions of the core concepts in current debates about democracy and its future –concepts such as ‘democracy’ and ‘liberal democracy’, ‘populism’ and ‘democratic erosion’. Their definition of democratic erosion is especially helpful. They suggest it involves a “process of incremental but ultimately still substantial, decay in the three basic predicates of democracy – competitive elections, liberal rights to speech and association and the rule of law,” across different institutions, against a baseline of some ingoing level of democracy. (P. 43-4.) Typically, they suggest it also does not involve descent into full-scale authoritarianism, as opposed to a more hybrid regime type. Definitional clarity of this kind is critical to productive scholarly and public debate on these issues: without it, we risk talking past each other about both the causes and consequences of the phenomena we are observing in so many countries worldwide.

Second, the book provides a truly global survey of the health of democracy in various countries, using a mix of qualitative and quantitative yardsticks. But Huq and Ginsburg are not only writing for a comparative constitutional audience: their work aims to reach a broad public and academic audience in the US, as well as elsewhere. Because of this, their work makes an important contribution to mainstreaming what Ran Hirschl has recently called the field of “comparative constitutional studies” – i.e., the study of global constitutions from an interdisciplinary and empirical perspective. By drawing on both historical and contemporary, but comparative, case studies, Huq and Ginsburg derive two key conditions under which democracy is most likely to experience erosion – i.e. conditions of ‘charismatic populism’ and ‘partisan degradation.’ (Pp. 78-116.) They then use these criteria to analyse the current state of democracy in the US.

Using this lens suggests that constitutional democracy in the US may be even more in peril than many astute observers realize: the threats posed by President Trump’s charismatic populist style are well known (even if their quite spooky parallels to the actions of charismatic populists in Venezuela, Argentina or Thailand are not). But the signs of partisan degradation Huq and Ginsburg identify – i.e., the widespread use of partisan gerrymandering by both parties; the dramatic shift to the right by the Republican party; and the announcement, by Senate Republican leader Mitch McConnell in 2010, that the core strategic aim of the Republican Party from then on was to make President Obama a one-term president – are arguably less widely noticed as signs of potential democratic erosion.2 In other words, they suggest that democratic erosion in the US both predates and goes much broader than the actions of the Trump administration; and a comparative lens helps us see that more clearly.

Third, the book provides a sophisticated interdisciplinary account of the legal and political conditions necessary both to sustain and erode democracy. For instance, it notes the importance of repeated interactions between (relatively evenly matched) political parties in sustaining norms of democratic competition (Pp. 83-84) – a key insight of the political science literature in this area in recent years. And it notes the central role of interest groups – for both better and worse – in shaping democratic politics (P. 137), and thus a central tool of democratic erosion will often be an attack on interest groups and/or civil society.

Similarly, the book draws on prior work by Ginsburg on constitutional endurance to suggest that an important predictor of democratic erosion will be prior experiences of non-democratic government – i.e., that “crisis begets crisis.” (P. 137.) Based on this, Huq and Ginsburg suggest that one important source of protection for democracy in the US is that it has not generally experienced such crises – and thus “there is no subset of interest groups [in the US] that can confidently predict from past experience that it, and others, will gain from democracy’s death.” (P. 137.)

Fourth, the book engages in an extremely broad and sophisticated exploration of the potential design strengths and weaknesses of the US Constitution as a potential bulwark against democratic erosion, and what other design options or alternatives might be available in this context. Ginsburg and Huq are also admirably balanced and nuanced in their approach to various design choices in this context. Article V of the U.S. Constitution, they note, “receives a good deal of criticism from liberal legal scholars” for the obstacles it creates to formal constitutional change in the US, but equally, this unusual degree of amendment rigidity creates an important bulwark against one common means of democratic erosion – i.e. what David Landau has called “abusive” constitutional amendment. Yet the bulwark is partial not absolute: it could be overcome by sufficiently mobilized majorities, and more readily, by informal modes of constitutional change. (Pp. 139-41.) Similarly, they note the virtues to the Supreme Court’s flexible approach to executive power: it has reduced the risk of emergency rule, and thus potentially path-dependent forms of interruption in constitutional democratic rule, in the US, but at the price of meaningful protections for individual rights in a range of circumstances. (P. 137.)

In other contexts, they are more straightforwardly critical of the potential design flaws in the US constitutional model: the 25th Amendment, for example, contains no obvious deadlock-breaking mechanism (such as an early election). And one only needs to think of recent debates in the US about the use of the 25th Amendment to be reminded of the potential magnitude of this omission.

Huq and Ginsburg also draw attention to ways in which other countries may in fact have stronger constitutional protections against democratic erosion – e.g., written and entrenched (rather than conventional) controls of the administrative state, entrenched provision for a ‘network’ of independent institutions, including an electoral commission, entrenched provision for the role of the opposition in parliament, and constitutional courts with greater motivation (not just capacity) to engage in what Samuel Issacharoff has called a form of ‘democratic hedging’. They likewise suggest that parliamentary and semi-presidential systems may provide greater protection against democratic erosion than pure presidential models – in part by relieving stress on presidential term-limits as a key design solution – and that regional and international norms and institutions can provide a useful additional check against erosion.

Huq and Ginsburg offer some useful insights as to the potential strengths and weaknesses of these different solutions. But for the most part, they do not turn the same critical gaze to the effectiveness of these design ‘solutions’ as they do to the current US constitutional model. Nor do they explore the potential dangers, or limits, to how these models might work in a context of radical political polarization and highly resourced and sophisticated interest-group politics (i.e., the US itself). Indeed, these options are mentioned in only an exploratory way, largely as a reminder to US readers that “our existing institutional vocabulary does not exhaust the possibilities of liberal constitutional democracy.” (P. 204.)

As a comparative scholar, this is the one area in which I would fault the book – or at least have encouraged Huq and Ginsburg to engage in a longer comparative diversion. But I also see how multiple comparative diversions of this kind could have undermined one of the key ambitions of the book, which was to reach a broader public audience. And this ambition is itself one of the leading reasons to admire the book. It is extremely careful and evidence-based and yet it seeks to reach a broader audience – at a time when, as Huq and Ginsburg themselves note, a great deal of current political debate explicitly rejects the value of arguments and evidence of this kind. (Pp. 231-32.)

As both a scholar, and someone committed to democracy in its constitutional liberal form, I can also only hope that it is Huq and Ginsburg, and not their opponents, who ultimately prevail in this battle of ideas. It may be that saving democracy depends on it.

Cite as: Rosalind Dixon, How to Save Democracy?, JOTWELL (October 30, 2018) (reviewing Tom Ginsburg and Aziz Z. Huq, How to Save a Constitutional Democracy (2018)), https://intl.jotwell.com/how-to-save-democracy/.