Intransigent Indices and the Laments of Comparative Law: Why Legal Origins Won’t Die 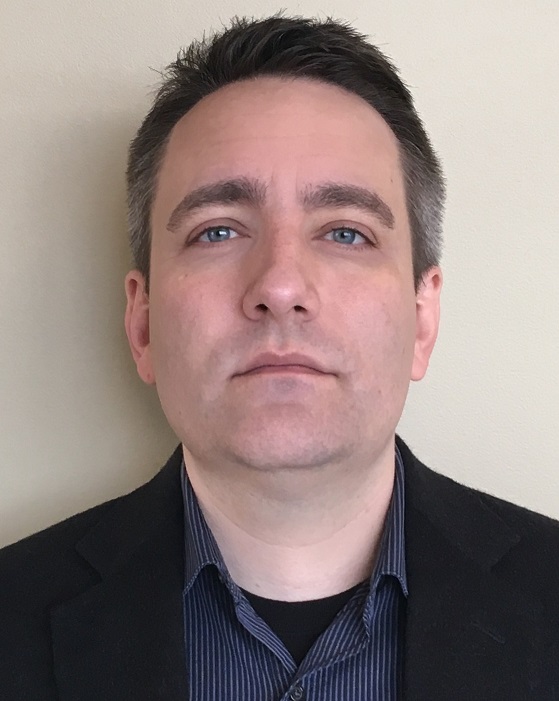 In 2020, the World Bank published the 17th annual Doing Business Report (DBR), openly tying it to salutary reforms in the 190 nations the report evaluates across a range of regulatory arenas. Academic inspiration for the DBR is routinely linked to the “legal origins” argument which classically claimed that countries with common law legal heritage perform better economically—most acutely by favoring creditors and minority corporate shareholders. Together, the DBR and legal origins scholarship (LOS) have enjoyed a mutually-reinforcing success leading to thousands of academic citations and numerous induced reforms across the globe.

Yet, the success of the DBR/LOS juggernaut is matched by comparative law scholars’ equally vigorous critiques of its systemic deficiencies. New iterations of such rejoinders are recurrently juxtaposed with comparative law scholars’ longstanding lament regarding the marginality of their perspectives in many international reform agendas. For all the intellectual energy devoted to this debate over the past two decades, Dan Puchniak and Umakanth Varottil’s Related Party Transactions in Commonwealth Asia now stands out as the clarion critique of the DBR/LOS approach.

The title of the paper may not seem to promise earth-shattering revelations. Its particular subject, related party transactions (RPT), deals with transactions between a corporation and those actors who may have sway over its decision-making or privileged access to non-public information. Puchniak and Varottil question the DBR/LOS presumption that RPTs are inherently pathological and thus an example where “good” corporate governance is essential to protecting minority shareholders from expropriation (and, following the favored causal chains taken as truisms by many, more dispersed share ownership, better equity markets, and then all good things economic). The paper thus takes direct aim at the most influential academic work responding to first-generation critiques of LOS by Djankov et al., The Law and Economics of Self-Dealing (DLSS) which informs the benchmark RPT regime the DBR references—a benchmark which idealizes Anglo-American approaches emphasizing private enforcement and considers RPTs as inherently pathological.

The article begins by noting that the “Commonwealth Asia” nations score incredibly well on the DBR rankings, with Singapore traditionally taking the top spot and Hong Kong, Malaysia, and India not far behind. Yet, the authors could not find a single private action challenging an RPT in the modern history of Singaporean corporate governance. In tandem, Malaysia has been recently wracked by corporate governance scandals involving RPTs which would seem to undermine any rubric which scores it as possessing a globally-leading regulatory regime. Parallel issues are reflected in Hong Kong’s publicly-oriented enforcement regime, and India’s many RPT enforcement challenges.

What Puchniak and Varottil reveal is how this empirical dissonance illuminates the fundamental, if not fatal, flaws in the DBR/LOS methodology. This methodology, now replicated in numerous other studies, involves a survey containing a hypothetical with clear self-dealing and wealth-tunneling that asks corporate and securities lawyers in each jurisdiction questions regarding applicable RPT regulations. These responses are then reduced to an averaged numerical score. What this method leaves out, and which is at the heart of any coherent functional understanding, are any questions regarding enforcement. It is simply coding the formal presence of laws. Such formalism accounts for the glaring mismatch between the DBR/LOS presumptions about good RPT regulation and the realities of the enforcement mechanisms in the Commonwealth Asia countries which it scores so highly.

The authors go beyond this general indictment of conceptual formalism to unpack the more specific presumptions which characterize the DBS/LOS treatment of corporate governance. The article notes three areas of complexity that are assumed away: 1) regulatory complexity (including enforcement norms), 2) shareholder complexity (including family and state-owned-enterprise (SOE) ownership, each with meaningful intra-and inter-jurisdictional heterogeneity), and 3) normative complexity (claiming most controversially that RPTs are not per se pathological and thus that greater formal strictness in RTP enforcement can lead to negative marginal effects). Here the article addresses the rapidly-improving set of empirical studies which have made comparative corporate governance so exciting as it moves beyond past pathologies of formalism and cultural hyper-determinism—now acknowledging the same complexities which have become de rigueur for any meaningful domestic study of corporate law. Puchniak and Varottil note that the DLSS piece which directly inspired the current DBR RPT evaluations contains only a single footnote where the authors admit that enforcement is not measured and likely “matters as much or more.”

For example, particularly interesting are the challenges high levels of foreign incorporation produce for Hong Kong and, increasingly, Singapore, which place controlling shareholders (largely in mainland China) beyond the practical reach of regulators. Additionally, both Malaysia and India rolled back anti-RPT reforms because of the consequences of their overly-strict approaches. Each such revelation demonstrates how little coding the presence of formal law achieves, effectively misleading far more than it enlightens by drawing attention away from where the regulatory action genuinely lies. And such misdirection shows how the a priori bias against public enforcement inherent in the DBR/LOS position further distorts the entire enterprise. Their conceptual critique inspires great confidence—if not certainty—that the same issues would arise in different configuration for the rest of the 190 nations so surveyed.

There are aspects of Puchniak and Varottil’s analysis that some might find questionable. They often elide divergence in US and UK regulatory approaches in their descriptive categories. Their claims as to the desirability of conglomerate corporate ownership are still controversial. But disagreement over any particular detail does not preclude agreement with how clearly they lay bare the methodological deficiencies of the DBR/LOS approach.

What remains unsaid in the article is why such issues with formalism can lead to such glaring empirical mismatches while also reaching such global levels of academic and political influence. Puchniak and Varottil do not fully address this issue, but it is implicit throughout that they have a broader concern regarding how the DBR/LOS approach impacts effective reform. Notably, Kenya recently leapfrogged Singapore in the rankings to claim the #1 spot, while Malaysia continues to enjoy its top five ranking even after its various scandals. This result stems from the fact a country like Kenya can simply copy formal laws on the terms the DBR favorably evaluates without enacting any enforcement reforms. This leads to not only typical iterative observer-observed problems but also very real pressures on countries seeking higher foreign direct investment to under-invest in genuinely productive reforms.

Perhaps cyclical critique could be attributed to the normal healthy progress of academic knowledge. The DLSS article generated its global survey by engaging the most notable critique of first-generation LOS scholarship in Holger Spamann’s “Law and Finance” Revisited. But such response was intra-methodological — improving the survey while leaving the fundamental issue of formalism untouched. Similarly, while most original LOS claims have been subsequently scaled back or qualified, many who still work within the LOS paradigm often resort to reductio ad absurdum conclusions that “history matters” for legal systems with colonial histories while still trying to find causal levels among hugely diverse regulatory ecologies.

But Puchniak and Varottil’s findings preclude any “normal” academic explanation for the persistence of the LOS approach and require acknowledging the sociological realities that give LOS its zombie-like resilience. Here their work resonates with the demand-side analysis by Terrence Halliday and Bruce Carothers’ regarding global insolvency reform as to how such reductive approaches resonate with the imperatives of international institutions. Such institutions take as predicate the assumption that identifying and encouraging universal best practices is core to their missions while also providing politically expedient cover for national regulators seeking to depoliticize their agendas. Indeed, NYU’s ‘Indicators Project’ demonstrates the seductive quality of problematically coded indical rankings across a range of fields. These indices create the possibility for a broad spectrum of research with putatively global impact that is cheap, validates strong ideological priors, and makes the translation of such priors into universal policy suggestions powerfully persuasive exactly because of their very formalistic superficiality.

All of which Puchniak and Varottil expertly reveal. The genuine drivers of RPT enforcement, often informal and path-dependent, are hard to measure using survey data. Their work demonstrates how the common methodological toolkit of modern economists is simply irredeemably insufficient to carry out such research without interdisciplinary collaboration, especially at any level of conceptual formulation or data collection. This insufficiency is far more severe than routine cautions about epistemological humility and the pitfalls of arguing for massive, costly legal reforms based on studies that bury their size effects behind the fetishization of significance tests.

One could imagine a claim being made that replicating their empirical excavation of Commonwealth Asia’s RPT governance would be too costly for a single academic study to conduct on a global scale. But given the resources of the World Bank, such a claim is hard to credibly countenance. If the topic is indeed of such global import, then requisite resources should be marshaled for its study rather than producing empirically groundless results for their own sake.

Perhaps this seems too aggressive a conclusion. I would simply advise any non-comparative legal scholar to consider a reality, if it is not one they already face, where the most powerful actor influencing reform in their home jurisdiction formulated and attempted to actuate knowledge produced in this manner about their field of legal expertise. Place oneself in the position of legal scholars who find themselves in a context where the influence of misplaced faith can be so overwhelming. In a world where reactionary populism is increasingly posed as the alternative to scientific expertise, such a reality may soon face even those jurisdictions once presumed to be global exemplars who abused the veneer of comparative law to exercise self-affirmation rather than self-reflection.