Justice Stephen Breyer, The Court and the World (2016). 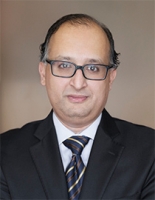 Justice Stephen Breyer’s The Court and the World (also the basis of his Jorde lecture) [hereinafter TCW] is an important book. Every legal scholar should read it, because it makes the case, clearly and compellingly, that international, comparative and transnational law are increasingly central to the fabric of American legal practice.

At the heart of TCW are two central concepts: “foreign” and “interdependence.” The basic argument of the book, illustrated through many examples, is the claim that the “foreign” is of increasing relevance to the Supreme Court because of the increasing “interdependence” of the United States to other jurisdictions. I want to suggest that TCW sets out two different accounts of what foreign and interdependence are, and hence, two distinct senses of how they are interrelated.

On one account, what is increasingly foreign about the Court’s docket is that brings before the Court foreign persons, activities, and commerce. (P. 3.) Cases that have one or more foreign dimensions fall within the jurisdiction of American law and institutions, and increasingly generate cases that come before the federal judiciary, up to and including the Supreme Court, because the United States finds itself a world that is growing ever more interdependent, “a world of instant communications and commerce, and shared problems of … security, the environment, health, and trade, all of which ever more pervasively link individuals without regard to national boundaries.” (P. 4.)

For Justice Breyer, this first account of the relationship, between cases with a foreign element generated by patterns of growing policy interdependence, has implications for the American judicial mindset and American legal practice. In the most abstract terms, he states, “the Court will increasingly have to consider activities, both nonjudicial and judicial, that take place abroad.” (P. 81.) But as his careful and thoughtful discussions of antitrust law and copyright law illustrate, in order to resolve these cases, the Court has to go much further that simply demonstrate and deploy comparative awareness and literacy. Rather, it has to subtly reorient itself to federal statutes, some of the legal material at the very core of the American constitutional order.

TCW argues that the Supreme Court must marshal the intricate details of foreign law, foreign regulatory practices, and the foreign economic policies that underpin both, in the service of a theory of statutory interpretation that “must increasingly consider foreign and domestic law together, as if they constituted parts of a broadly interconnected legal web.” (P. 91.) Historically, federal courts considered themselves under the relatively weak but important interpretive obligation “to ensure that domestic and foreign laws did not impose contradictory duties upon the same individuals.” (P. 92.) But through a series of fascinating examples, Justice Breyer demonstrates how the Court “has increasingly sought interpretations of domestic law that would allow it to work in harmony with related foreign laws, so that together they can more effectively achieve common objectives.” (P. 92.)

There is a radical pragmatism to this idea, in a way that is fitting for Justice Breyer. It is pragmatic because what motivates this interpretive orientation is a desire to ensure the effectiveness of the American regulatory state in an increasingly interconnected world. The effectiveness of American regulatory authorities is highly dependent on coordination and cooperation with foreign counterparts, which has concrete implications for very specific legal issues that come before the federal courts every day. What Justice Breyer proposes, in essence, is to renovate older doctrines of comity, by developing new bridges to historically distinct doctrines of administrative law that counsel deference to regulatory expertise. The twist is that the scope of deference to administrators is broadened beyond the expertise of American regulators to deference to foreign regulators with whom American authorities cooperate every day, based on the cues provided by executive branch institutions. One way of framing this legal innovation is to say that Justice Breyer brings administrative law into international law, through the cross-cutting theme of executive deference.

But in other ways, what TCW proposes is more radical. Although there are sometimes textual anchors that permit, invite, and even counsel such an approach to the interpretation of federal statutes, what Justice Breyer proposes is not rooted in the contingencies of legislative drafting. Rather, it is a non-textual canon of statutory interpretation, which emerges from the Court’s evolving understanding of the rise of networked governance, in a manner akin to how an earlier Court modernized American public law in the wake of the New Deal and the rise of federal agencies – a prior experience that Justice Breyer discusses as well. Moreover, although the regulatory networks that motivate a new doctrine of international administrative deference are built around executive institutions, it is but a small step to imagine federal courts, including the Supreme Court, as being a node in an international network of high courts that together enforce a transnational regulatory machinery in partnership with expert agencies. And so what might be thought of as commercial or private law, beyond the interest and expertise of most public law scholars, raises deep and profound constitutional questions about the roots, scope and even the very self-identity of the American legal order. Scholars of American public law will find the answers to these questions in very unfamiliar places that they ignore at their peril—in the jurisprudence of investor-state disputes arising under Bilateral Investment Treaties, in the theory and practice international commercial arbitration, and in the law of international trade.

Now let me turn to the second account of the relationship between the foreign and interdependence in TCW. Over the past decade and a half, debates over the foreign engagement of the Supreme Court have turned on the use of foreign law in constitutional interpretation, an umbrella term that unhelpfully runs together international and comparative law. This has been a polarizing debate that tracks familiar ideological divisions on the Court, and has been centered in a strand of Eighth Amendment death penalty cases and in the jurisprudence on same sex rights. Justices Kennedy and Breyer have engaged with foreign legal materials in arguing for expanding the scope of the relevant rights. It is a fairly sterile and deadlocked debate, and I was relieved to see that TCW devotes very little attention to it.

But at a more abstract level, the debate is important because what is at stake is the importance of foreign ideas and intellectual interdependence. The Supreme Court is increasingly part of a global community of high courts that face roughly comparable issues. TCW is important because it is an intervention in, and moves forward, important intellectual debates on how to imagine and understand the circumstances under which courts should engage with foreign legal sources as a source of persuasive, but not binding, authority. It also helpfully shifts the focus away from their current preoccupation with the scope of constitutional rights to questions of constitutional structure.

The point of entry for Justice Breyer is the Treaty Power. The Constitution grants the President the authority to make treaties, with the advice and consent of the Senate. Through the Supremacy Clause, treaties so made are the supreme law of the land. The key constitutional questions are how to reconcile the existence of this power with the legislative power of Congress, and rights-based constitutional limits on all exercises of public power. What energizes these old questions is the change in the contemporary character of treaty making, which increasingly encompasses the creation of international organizations that engage in rule-making in a large and growing number of areas, ranging over environmental law, financial services and banking, cyber-governance, energy, intellectual property, labor law, counter-terrorism, navigation, and sports in addition to better known fields, such as human rights and international trade. These organizations are often highly institutionalized, and exercise law-making, law-interpretation, and law enforcement functions historically associated with nation-states.

One of the great constitutional questions of the 21st century will be how the American constitutional order comes to terms with the thickening reality of global law. The initial signs are not promising. America has one of the oldest and most continuous constitutional traditions in the world, and introduced many innovations into constitutional design, such as written constitutionalism, federalism, and the combination of judicial review and constitutional supremacy to yield judicial supremacy. But in the handful of cases where the Supreme Court has had some initial encounters with these issues, regrettably, from a comparative perspective, it has not adopted a particularly sophisticated or nuanced approach to these issues.

Justice Breyer’s point is that the doctrinal framework surrounding the treaty power has not yet reached the substantive issues of legislative delegation and rights that really at the heart of genuine, good faith misgivings about the rise of international regulatory authority. One of the great strengths of TCW is that it takes these concerns seriously in a way that disentangles them from the kind of polarized politics that often surround these issues – with liberal justices more willing to provide a legal basis for cooperation with international institutions, and conservative justices much less so – by directing American readers to the extensive experience of European constitutional courts in addressing these questions, where civil liberties and democratic concerns have underpinned resistance to supranational law.

For over four decades, every major constitutional court in Europe has wrestled with what is, in essence, the flip side of the merger of international and administrative law, in the context of the European Union. In a nutshell, deference to international regulatory cooperation mediated by national executives is subject to constitutional boundaries. These courts have done so in a broad variety of cases ranging from counter-terrorism to data privacy, arrest warrants, and quantitative easing. There is a very complex set of responses for how different constitutional courts have addressed this issue. On rights, for example, some courts have asserted the power to review the decisions of international authorities on the basis of national bills of rights. Others have agreed to defer to international organizations if they have norms of rights protection substantially comparable, but not necessarily identical, to national constitutional protections. Yet another approach has been for national courts to interpret the treaties that empower international organizations to assess if they have acted in excess of their authority. Some courts, most notably the German Constitutional Court, have set outer boundaries to the delegation of national legislative authority to international organizations. Justice Breyer’s point is not that American courts should follow one or more of these approaches. Rather, he argues that the benefit of intellectual engagement with foreign constitutional ideas is to learn from them, to help imagine how American courts might think about the evolution of American constitutional doctrine as they wrestle with the same issues. Comparative reflection is a tool and stimulus for reflection, to produce a response that is appropriate for the American constitutional system. I could not agree more.

In conclusion, I hope that TCW sparks a much needed and overdue conversation in the American legal academy. TCW is a call for legal educators to reflect deeply on how American law schools should equip our students to adapt and thrive in this rapidly changing world.