Making Amends by Amendment: Women’s Equality and Equal Rights in the U.S. 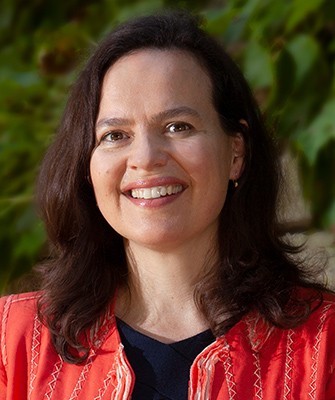 The constitutional politics of gender equality are never static – the pendulum appears in constant motion the world over, and no less for the US. As protections of equality and non-discrimination are now given in all but three of the world’s constitutions, and as women’s rights are given direct expression in 24, the constitutionalist promise of gender equality has appeared to be on a global upswing. And yet these trends are not everywhere the same. Indeed, with the tributes flowing in for the late, great and notorious Justice Ruth Bader Ginsburg last month, both for her legacy to global constitutionalism as well as to US constitutional law, the robust protections of gender equality in the US seem ever more fragile. It becomes vital to understand that legacy, and other feminist achievements, outside of US Supreme Court doctrine.

Enter Julie Suk’s wonderful new book, We the Women: The Unstoppable Mothers of the Equal Rights Amendment. In this carefully researched and extraordinarily well-timed intervention, Suk documents the historical trajectory, and the current import, of the Equal Rights Amendment (the ‘ERA’) in the US. The amendment requires that the “equality of rights under the law shall not be denied or abridged by the United States or by any State on account of sex”. By 1977, a total of thirty-five states had ratified the ERA, falling short of the three-fourths of the states prescribed by Article V. Yet despite this failure, the ERA (and with it, the second-wave feminist movement), received “de facto” support via constitutional interpretation of the Fourteenth Amendment. The constitutional politics, however, does not end there. In recent years, a wide range of feminist supporters have worked to formalize – and remove the judicial authorship of – this protection. In January 2020, after intense mobilization of feminist advocates in many places, Virginia became the 38th state to ratify the ERA. The constitutional status of the ERA is now a legal puzzle before several courts, who must address the question of both the legal effect of its apparent rescission by several states, as well as the status of its seven-year legislative deadline for passage.

The puzzle is deeply controversial, even as it is apparently moot. As Suk recounts, the National Archives and Records Administration refused to publish the ERA as the Twenty-Eighth Amendment to the US Constitution, on the advice of the Department of Justice Office of Legal Counsel (OLC). The OLC opinion, adopted by the Trump Administration, determined that the ERA had expired on March 22, 1979, given its explicit seven-year deadline, and that it could not be revived. Litigants are now contesting that question, both as ERA proponents (e.g. Equal Means Equal in Massachusetts) and opponents (e.g. Virginia’s and others lawsuit in DC). For many others, however, the question is unnecessary and irrelevant. Equal rights doctrine has found a persuasive foothold in the US since Ruth Bader Ginsburg’s winning brief in Reed. v. Reed and the later Fourteenth Amendment decisions by the Supreme Court.

Suk takes the long-term view, however, and notes the risks, perversions, and missed opportunities spelt out by resting on such a court-centric defence. In particular, she notes the relevance of the #MeToo movement, and the newer positions that have helped emphasize the intersectionality of gender with race and other status inequalities, as well as the newer stakes of affirmative action, reproductive rights, transgender rights, equal pay, and measures to end violence against women. She also notes the new drafted language for an equality amendment that has been offered by veteran advocates, encompassing both US developments and insights from international and comparative human rights law.

Suk has written We the Women for both lawyers and non-lawyers and she describes the promises of the ERA in highly accessible terms. She argues that its passage would boost women’s empowerment, particularly for mothers and mothers-to-be, and would help shore up efforts by Congress to affirmatively support gender equality, both at home and in the workplace. She describes the ways in which such an amendment would help parents with pregnancy, childbirth, and caregiving responsibilities, issues which, in the months since the book has appeared – as the coronavirus pandemic and lockdown have occurred – scream at many families in America daily, as with those elsewhere. She suggests that the passage would help include women as constitutional framers and authors, rather than leave the past (all-male) House Judiciary Committees or courts with the final word on equality and rights. By collecting the notable statements and motivations of the diverse range of women who have campaigned for the ERA, Suk also notes how the amendment would help present an understanding of equality for women of color, women with disabilities, transgender women, and immigrant women, and introduce more inclusive visions of gender, racial and economic justice.

This book thus provides a deft introduction to the contemporary context of the ERA in the US. Its historical references go yet deeper. Suk draws a comprehensible line between the early advocates of the ERA idea in the US (almost 100 years ago, in 1923, after the successful passage of the Nineteenth Amendment’s guarantee of women’s right to vote) and its defenders today. She does this without simplifying or sugar-coating that history, when ERA proponents adopted the singular perspective of white women of a particular class. In the early parts of the book, she describes the earlier scepticism of the “so-called equal rights amendment” by working women’s advocates, who saw minimum wage and other special labor protections under threat. In another set of chapters, she describes the later opposition by women in the 1970s, now made famous by a Hulu series which prefers to document the internal disagreements between women, rather than the much greater obstacles presented by men, or by the constitutional amendment requirements themselves. Moreover, she draws out a defense of reproductive health care by moving beyond the clearly important Supreme Court marker of Roe v. Wade into other battles and other stakes, which are related of course but deserve their own telling and accounting.

Suk is a comparative constitutional scholar, and her careful historical search was inspired, as she notes, by constitutional amendments abroad. These amendments, variously affirming equality of sex or gender, have helped created a transnational field of gender and public law, and the notable trends towards textual amendment cited above. Nonetheless, global constitutionalism has faced many challenges in the last decade, with numerous instances of backsliding and backlash. Since the late 2000s, powerful state-sponsored campaigns or other populist movements have adopted anti-feminist, anti-LGBT, or “anti-gender ideology” framings in Europe, such as in France, Germany, Italy, Hungary and Poland, and Latin America, such as in Colombia and Brazil. There are also homegrown examples in the US, where emotive anti-feminism has helped deflect or distort attention from other grievances, and worked to appease certain religious groups. These comparative developments give some pause for seeking any singular or straightforward triumph from ERA passage.

These lessons from abroad supplement the lessons of history. Suk makes a convincing case for Congress to declare the ERA as valid “whenever ratified” by three-fourths of the states, and thus retroactively remove or make redundant the seven year time limit that was imposed on the original proposal. She makes this case, based on the substantive benefits described above, as well as the peculiarity of the legislative seven year “poison pill” and its pernicious effect in burying amendments through the tactic of delay. It boils down, she writes in a gripping Epilogue, as to “whether or not the ERA is worth fighting for” (p. 181). Yet as the US awaits an election in which basic rule of law norms are not assured, one wishes the case against such a re-reading had also been considered by Suk’s reliable legal eye. The process checks of US constitutional democracy may be more important than ever, and the explanation of why a legislative deadline should be put to one side, and yet others safeguarded, is a highly generative question.

Whether the answer is found through a deeper engagement with global constitutionalist norms or through highlighting America’s own contribution to them (in terms of the support for gender equality and non-discrimination, self-government, women’s and LGBTQ human rights, or another basis), the case for declaring the ERA valid should be one that scholars everywhere should understand. The politics of gender equality is now, almost inevitably, a constitutional politics, and Suk’s book provides a clear explanation as to why the pendulum must swing so high for amendment in the US.