Private No More: Exposing the Praxis of Comparative Law for What It Is

Ronald J. Krotoszynski, Jr., Privacy Revisited: A Global Perspective on the Right to Be Left Alone (2016). 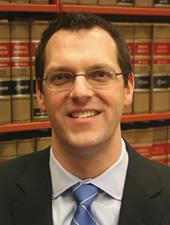 I liked Privacy Revisited, not the least because Ronald Krotoszynski’s book – both explicitly and implicitly – lays bare and grapples with comparative law’s thorniest methodological problems. It is inspiring to see a colleague struggling so honestly and openly with these issues.

This might sound like curious praise. After all, this is a book about privacy law in a variety of jurisdictions and I have not said that what I most appreciate about Privacy Revisited is its masterful treatment of that confounding subject.  The reason for this is that Krotoszynski’s sweeping survey of privacy law in the United States, Canada, South Africa, the United Kingdom, and the European Court of Human Rights is as knotty as the subject itself.

For example, Krotoszynski chooses to largely frame the concept of privacy through its intersection with free speech rights – and not on independent theoretical terms. Privacy’s intersection with other liberties is an important facet of any broad engagement with privacy rights. And Krotoszynski’s book largely convinces me that the privacy-free speech constellation is a more-or-less universal problem for privacy law. (P. 183-84.) But the weight Krotoszynski gives this particular conflict expresses, at the book’s foundation, distinctly American values and priorities when it comes to thinking about privacy. Yet, Krotoszynski mostly requires the privacy regimes of the other jurisdictions in his study to portray their distinct approaches to privacy through that particular lens. What is more, Krotoszynski’s heightened interest in the conflict between privacy and freedom of speech – a conflict he ultimately resolves by fashioning the two liberty interests as the twin pillars of effective and just contemporary democracies – places him at some distance from the privacy concerns relevant to today’s IT-saturated, big-data age. (P. 181-83) I have argued1 that privacy advocates are ever-less concerned with the harmful publication of private information (and the resulting conflict with free speech rights) but are instead increasingly convinced that privacy interests are implicated merely when the state or private firms collect deeply revealing information about us – even in the absence of evidence that they have used that information to our detriment. Wholly independent of its use in a protected speech act (thereby setting up the clash that preoccupies Krotoszynski), privacy has shifted towards the concerns often associated with the “chilling effect” that results from the mere collection of personally-identifying information. In this paradigm privacy takes the form of protecting us from the collection of our personally-identifying information in the first place – not matter the use to which it is ultimately put. Are privacy rights and speech rights decoupling in ways that Krotoszynski’s study doesn’t consider?

The book’s emphasis on secretum sermonem cum nonetheless produces a rich but eclectic treatment of privacy law across five jurisdictions. The chapter on the United States treats quite a lot of the Supreme Court’s First Amendment cases with only passing references to the Fourth Amendment and Substantive Due Process. The chapter on Canada fuses privacy and human dignity into a single concept. The relationship – theoretical and practical – between these distinct bases for expressing human liberty is not fully resolved. This viewpoint carries over to the chapter on South Africa in which Krotoszynski mostly substitutes the Constitutional Court’s jurisprudence dealing with “dignity, equality, and freedom” for its more specific privacy jurisprudence. The chapter on the United Kingdom is an immensely insightful treatment of the nature of judicial power in English law, a survey made necessary by the apparent dearth of English privacy law, which the judiciary has been loath to champion. The chapter on the privacy jurisprudence of the European Court of Human Rights serves primarily as a vehicle for pointing out a surprising degree of consensus between the United States and Europe on the issue of privacy. This is the book’s most systematic and convincingly delivered chapter, but is it a direct critique of James Q. Whitman’s celebrated divergence thesis? Krotoszynski does not say.

The book’s diversified consideration of privacy leads me to what I view to be its greatest merit. I loved the book because it is such a smart and dynamic engagement with comparative law’s current malaise.2

It turns out that it is really hard to get a socio-legal construct – such as privacy – to hew coherently to a single conceptual framework when working across a number of different jurisdictions and societies. As I have written elsewhere: “There is no privacy. There are only privacies.”3 Krotoszynski agrees:

[W]e should reject totalizing and universalist ‘institutionist’ claims about privacy as both a legal and cultural phenomenon. Privacy law differs among and between legal systems because privacy, perhaps more so than most areas of law, invariable reflect very local cultural understandings, traditions, and beliefs. (P.183-84.)

And with that problem exposed, Krotoszynski thrusts us directly into one of the discipline’s most stubborn questions. Should comparatists pursue deep analyses of the law in its context in relatively few jurisdictions? Or should we fly above the clouds with the functionalists? Krotoszynski wants to know. He agonizes over this damnable choice. And heroically (or is it desperation) he does both.

On one hand, he tells us that the different terminology about privacy used in different jurisdictions “reflects deep socio-jurisprudential commitments, not mere accidents of legal drafting” and that the concept of privacy “retains tremendous cultural, legal, and political salience.” (P. 11.) In recognition of this fact Krotoszynski devotes the opening sections of each chapter to an admirable consideration of some facet of the context of privacy rights in each jurisdiction. It is a revelation, for example, that he urged us to see that privacy rights in the United States are conditioned by a “general distrust of government and government institutions.” (P. 22-29.) It is equally illuminating that he urged us to understand that privacy rights in South Africa are conditioned by the post-Apartheid system’s desire to “differentiate South Africa’s exclusionary past from its inclusive present (and, hopefully, future).” (P. 111.) And it is productively insightful that he urged us to see that the absence of a general privacy right in the United Kingdom is a product of English legal culture and the distinctly “limited sphere for judicial policymaking” it tolerates. (P. 135.) There is this and much, much more of what comparative lawyers call “contextualism” in Krotoszynski’s book.

On the other hand, he does not turn away from the functionalist ambition of using his comparative law survey to point toward a “comprehensive and effective transnational understanding of privacy.” (P. 3.) Krotoszynski claims to see striking transnational “consistency” if not the open pursuit of “convergence” in the Supreme Court of Canada’s privacy jurisprudence, which seems to “borrow freely” from German and European Human Rights law. (P. 70.) True to functionalist form, Krotoszynski argues that the convergence of global markets and increased international interaction will facilitate and, ultimately, require the emergence of a transnational consensus concerning privacy.

I genuinely admire Krotoszynski for this effort. In this wide-ranging work we see the challenges, shortcomings, and promise of these competing approaches to comparative law. Who among us hasn’t struggled with this, the comparatist’s fundamental dilemma? Too few of us are willing to live that struggle so openly and honestly as Krotoszynski. He has given us a compelling invitation to keep hammering away at that methodological and theoretical problem. Whatever we might mean by privacy, Krotoszynski isn’t going to let us mask our disciplinary challenges. I like that. I like that a lot.

Cite as: Russell Miller, Private No More: Exposing the Praxis of Comparative Law for What It Is, JOTWELL (July 21, 2017) (reviewing Ronald J. Krotoszynski, Jr., Privacy Revisited: A Global Perspective on the Right to Be Left Alone (2016)), https://intl.jotwell.com/private-no-more-exposing-the-praxis-of-comparative-law-for-what-it-is/.