Towards Universal Coverage? Reflections on the Promise and Pitfalls of a Public Option 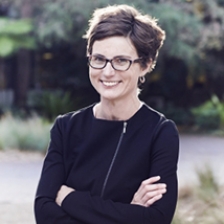 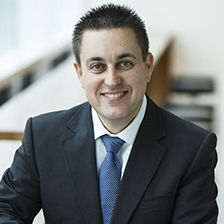 Democratic voters in America are currently witnessing a contest between three broad visions of the role of the federal government.  One vision is “democratic socialist” in nature and argues for governments to be the exclusive provider of a range of “core goods”—goods central to a life of full human dignity. This is a common theme of democratic socialist proposals on healthcare, for example.  Another vision is market-based: markets should continue to play a leading role and the role of government should be limited to supporting or at times subsidizing access to core goods by low-income earners. A third position is “democratic liberal” in character (or what Jospeh Stiglitz has called “progressive capitalist”). It argues that governments should guarantee universal access to core goods, but not necessarily through exclusive public provision. Instead, it suggests that governments should seek to achieve universal access to core goods in one of two ways: either through an appropriate mix of sticks and carrots for private providers (taxes and subsidies), or a mix of public and private provision.

Enter the idea of the “public option” outlined by Ganesh Sitaraman and Anne Alstott in The Public Option: they argue that the government should provide either a “competitive” or “baseline” public option for citizens wanting to access core goods such as healthcare, housing, education, or childcare. To this list, they also add services such as banking, retirement savings, credit reporting, public defense, and guaranteed employment.

We have written elsewhere about how and why we support a democratic liberal approach over both a more full-blown democratic socialist or free-market approach to the provision of core goods. In short, we think it provides the best mix of dignity, freedom, and equality for all citizens and is the most realistic way of achieving universal access to a decent social minimum—by harnessing the strengths of both the state and markets.

In key respects, Sitaraman and Alstott are also democratic liberal in their approach (they are certainly progressive capitalists): they emphasize the role of both government and private markets in providing access to core goods and services. As they note, they do not “have blind faith in private public administration” or “private firms.” (P. 126.) Instead, they suggest that we must ask “which is the best form of administration given a particular context, history, and the nature of the task at hand.” (P. 126.)

The Public Option offers creative and fresh thinking about how America could in fact realize a democratic liberal vision. For example, the authors propose a public option for retirement savings that involves automatic enrollment, portable benefits, and “simple, sound investment choices with low fees.” (P. 142.) This model involves broad baseline coverage for all Americans and tracks some of the most successful features of the current Australian retirement savings system (though with more emphasis on public funds management). They also suggest a model of childcare that involves ambitious efforts to expand access to high-quality care for American children, and thereby improve childhood outcomes and parental labor force participation: a model of “public infant care (for kids under three), full-day public preschool (integrated with public schools), and public before-and after-care (integrated with public schools).” (P. 194.) And they canvas a range of options for a public option in healthcare. (Pp. 218-22.)

They also provide a cogent defense of the advantages of having the government play a role in providing core goods—advantages such as “economies of scale,” the protection of the vulnerable, the limits of regulation and subsidies in encouraging appropriate private provision, and the benefits of “yardstick competition.” In the classic economic theory of yardstick competition, a regulated firm is reimbursed based on the costs of similar firms. The modern twist on this envisaged in The Public Option is that public provision of goods or services—healthcare is the quintessential example—disciplines private providers by revealing information to consumers about the true cost of provision. In fact, this idea has origins in a 1932 speech by Franklin Delano Roosevelt in Portland, Oregon making the case for public provision of electrical power.

They might also have added that the state has important advantages in ensuring the appropriate quality of provision for certain core goods, as the quality of provision is notoriously hard to contract over for some goods and services. Hence, private providers tend to do worse than the government in providing quality (or decency) in areas such as prisons, immigration detention, or certain welfare services. Indeed, some scholars view incentives for the provision of hard-to-contract-on issues like “quality” as the key to understanding what assets governments should own, and therefore have residual control rights over (Hart, Shleifer and Vishny, 1997).

This form of democratic liberal intervention could not come at a better time; Sitaraman and Alstott are both leading contributors to debates over the role of government in achieving economic justice in America. And America is currently witnessing a debate that is not just about the future direction of the Democratic Party but the direction of the country itself.

While highly sympathetic to the approach proposed by Sitaraman and Alstott in this context, we note one significant challenge to the realization of this vision—especially for a “competitive” public option. If governments create a public option, but then do not subsidize it in any way, the public option will often do little to advance the goal of truly universal access: think of the U.S. Postal Service (USPS) with no government subsidy. It is hard to see how it would ensure deliveries to remote and rural areas at an affordable cost. It could only do so through substantial cross subsidies from urban customers or direct subsidies from the taxpayer. Indeed, this is one reason the U.S. government gives USPS monopoly rights over ordinary mail and spends considerable resources supporting the USPS—as a form of competitive and baseline public option. Last year, USPS lost $3.9 billion on revenue of $70.6 billion.

But there are also dangers to a government adopting a too-generous approach to subsidizing a public option, which is intended to operate in a competitive market—and to preserve genuine competition and individual choice. Too large a government subsidy, in this setting, can effectively undermine what economists call “competitive neutrality.” It can mean that private businesses have an extremely hard time competing with government-owned firms—because they are not doing so on a level playing field.

This is arguably the greatest challenge in designing a public option for something like health-insurance—too small a subsidy, and it is hard to see how the policy will live up to the ideal of “guarantee[ing] access to health care to everyone at a controlled (and affordable) price.” (P. 218.) Healthcare costs are likely to continue to rise, with new medical breakthroughs. And making sure that everyone has access to those breakthroughs is likely to require either a quite significant government subsidy or cross subsidy within private insurance markets (something that is often hard to achieve).

But too great a subsidy and it is hard to see how a public option will “serve as a benchmark and competitor to private options without crowding them out” (P. 218), as former Council of Economic Adviser Chairman Greg Mankiw has noted.

Some current elected officials are not too troubled by this possibility. They would be quite happy, over time, to see a public option (for example, health-care insurance) lead to a model of exclusive public provision—providing that is the result of consumer choice, rather than government mandate. Indeed, this is something that Sitaraman and Alstott themselves seem to think desirable in certain contexts.

That picture may be a little too simplistic, given the problem of competitive neutrality: if the government puts private firms out of business, by undercutting them through large subsidies to a public competitor, they leave individual consumers with limited real choice. This may be justified as part of an effort to guarantee truly universal access to a basic human right (such as health care). But it is not a true competitive public option. It is effectively government providing a universal baseline service or option, and it needs to be understood as such.

The bigger problem, however, is one of cost or affordability: if the government makes the competitive public option too attractive—through subsidies—it is likely to end up having to foot the bill for subsidies for millions of Americans, including many high-income earners. And that is when a public option—initially affordable—can end up becoming extremely expensive for the government, and therefore ultimately the taxpayer. In this context, the most effective democratic liberal policy is one that seeks to provide public subsidies on a more limited or an income-targeted basis.

Sitaraman and Alstott are alive to these kinds of complexities when talking about the challenges facing governments in deciding how much to subsidize private firms or how to impose price-based regulations on private providers, in the provision of core goods. (Pp. 55-65). Indeed, their analysis of the challenges is well worth reading as a valuable contribution in its own right to the current economic debate.

But when it comes to the design of their own preferred model—of public provision as a baseline or competitive option—they largely gloss over these same complexities. A big part of the design challenge in framing a public option is the level and cost at which the government should provide a service, and these are not questions that the book aims to answer in any detail. In part, this is inevitable, given the book’s intended audience and impact. And we support that focus. But it is also a potential weakness in the book and its prescriptions for the Democratic party and the broader American debate. Sitaraman and Alstott are surely right that U.S. government should play a larger role in promoting universal access to a generous social minimum or various core goods. The big question, however, is how it should do so—and whether taxes, subsidies, or direct public provision provide the best instrument. And on that, The Public Option substantially advances the debate but does not conclude it.