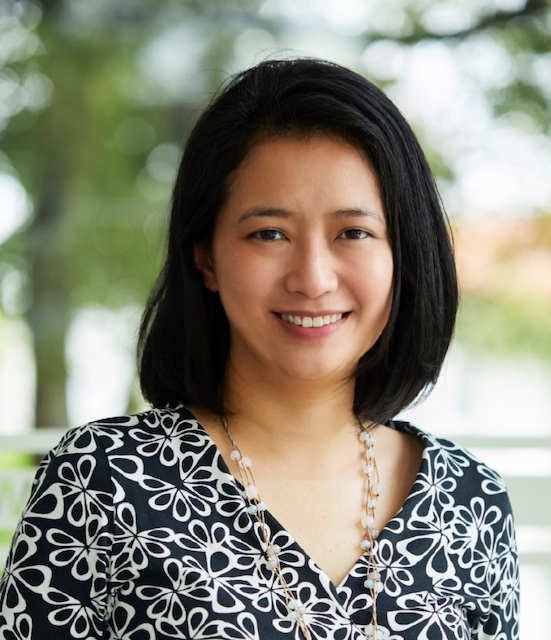 When one reads Franz Kafka’s The Trial, one is constantly struck by an uneasy sense of alienation and the weight of dehumanization that arises from the absurdity of the rules-based world that K. finds himself in. The slavish application of those rules by often faceless, compassionless, and definitely empathy-less bureaucrats fills the pages with dread. In this bureaucratic world, the personal is eliminated and replaced by the “tyranny of distance” between individuals and the state. Scholars like Cary Coglianese rightly point to the continuing need for human empathy within the system. In similar vein, Sofia Ranchordás’ new article, Empathy in the Digital Administrative State, captures this dehumanizing condition of bureaucratic distance and situates it within the modern digital context – where digitalization of the bureaucratic state, and the pursuit of efficiency crowds out empathy in administrative decision-making. Her critique is that “[w]hen digital technology is used as an intermediary for rights, law is often automatically applied without any room for empathy, regardless of the circumstances experienced by citizens.” This means that even small errors, which in the past may have been easily corrected or waived by an empathetic bureaucrat, may be amplified in effect under a digitized system which may impose significant (sometimes insurmountable) human costs for rectification.

Drawing from two scandals in the Netherlands and the United States, Ranchordás illustrates how administrative decisions made through algorithms, without the mediation of a human decision-maker, can result in severe injustice, some of which may be irreversible. In the case of the Netherlands, this was a fiasco under its childcare benefits scheme which affected more than twenty thousand families. Drawing on large databases and computational algorithms, the Dutch tax authorities wrongly accused citizens of fraudulently claiming child allowance since 2012. Demands were made for the repayment of tens of thousands of euros, causing severe financial hardship that spiralled into homelessness, divorce, and/or bankruptcy, with some even losing parental rights due to their inability to care for their children anymore. As Ranchordás points out, some of the charges were triggered by minor administrative errors, and what made it worse was that affected citizens were not able to navigate the complex bureaucratic systems or defend themselves before public bodies.

Similarly, in the United States, a flaw in an unemployment algorithmic decision-making system (seeking to ensure that unemployment checks were distributed only to eligible individuals) resulted in thirty-four thousand false accusations of unemployment fraud. Again the financial stress resulted in severe hardship for the wrongly accused, resulting in evictions, divorces, destruction of credit scores, and even homelessness. It was later shown that the wrongful fraud accusations were “digitally generated without human intervention or review, resulting in a 93 percent margin of error”. Furthermore, it was shown that there was still a 44 percent error rate even when the system included a human-in-the-loop. This was because the system was based on incomplete data, and failed to distinguish between intended fraud and administrative errors.

As Ranchordás points out, there was a certain sense in which “citizens with different backgrounds were unfairly treated because they were unable to navigate digital bureaucracy and automated decision-making. Moreover, the results produced by the automated systems were presumed to be correct, even though they later proved to be flawed.” The automated systems also did not provide an avenue to consider the personal circumstances of applicants. This meant that there was an overall “lack of scrutiny and accountability”, coupled with “excessive focus on anti-fraud policies and efficiencies”, which “made public authorities blind to the possible vulnerabilities of the system and its citizens.”

Ranchordás in particular points out the connections between vulnerability and likelihood to be caught out by an unempathetic system. Vulnerable individuals include first-timers, the elderly, persons with documented and undocumented disabilities, those with low literacy levels and/or limited digital skills, as well as persons with other cognitive limitations.. In addition, those from marginalized backgrounds such as immigrants are also likely to be most affected. In the case of the Dutch childcare benefits fiasco, it was notable that more than half of the wrongly accused families had immigrant backgrounds, which accentuated their vulnerabilities.

Therein lies the paradox of digital bureaucracy. It is aimed at making the system more efficient by reducing the need for human effort; however, in doing so, it risks substituting efficiency for fairness and productivity for justice. Digitalization resulting in incomplete databases, faulty algorithms, and over-reliance on automated decision-making without a clear and easy pathway for human intervention can cause significant and sometimes lasting hardships. Ranchordás employs the concept of “administrative empathy” both as a critique and a solution. For the latter, administrative empathy serves as a guide for “public authorities and judges when trying to understand different viewpoints, with enhanced humility.”

Administrative empathy would operate at two levels, in both the design and application of digitalization in decision-making processes. First, administrative empathy would apply, ex ante, to decisions governing the automation of public services and the design of digital government, including the creation of opportunities for meaningful contact with government and valid offline alternatives for citizens who cannot engage with digital technology. Secondly, administrative empathy would apply ex post following an administrative adjudication so as to allow public authorities to recognize mistakes and injustices in the prior processes. This should entail inclusive communication and design of platforms and institutions, and reducing distance between governments and citizens. In particular, Ranchordás highlights the need to adopt “a duty to forgive and meaningfully assist citizens facing exceptional circumstances”. This would include reversing the burden of proof so that it is the public authority and not the citizen which has to prove actionable errors detected by automated systems. There also needs to be more flexible engagement with citizens, drawing distinctions between mere administrative errors and minor incursions (e.g. missing a deadline), and more serious violations.

Another crucial point in Ranchordás article is the link between administrative empathy and government legitimacy. The ability to design and administer a bureaucratic system of decision-making that is efficient while also able to correct for errors and mitigate harshness is crucial for the citizens’ view of the government as legitimate. That the Dutch government had to resign over the childcare benefits scandal demonstrates, rightfully, the connection between the legitimacy of a democratic government and a well-designed and well-administered digital bureaucracy. This is not to say that digitalization cannot contribute to democratic accountability or enhance fairness, but human empathy remains crucial in mitigating the possible excesses of digital bureaucracy. Thus, Ranchordás’ articulation of administrative empathy, which demands the transformation of legal systems and policies from within, provides an important analytical device for critiquing as well as creating a more humane and more inclusive digital bureaucracy for the modern age.